Egg 4 remains a torpid, uncooperative caterpillar refusing to leave its cocoon.  Someday, after much negotiation, it will of course emerge a shivering, shiny butterfly.

But the show must go on.  In the meantime, I give you Art.

Back home for the holidays, I discovered a trove of my childhood drawings (I use the word "trove," though I hesitate to use the word "treasure."  And yet....can you have a trove of anything but treasure?  Judge for yourself, I guess).

It's odd to discover art drawn by your childhood self because there's no memory of making it.  It might as well have been created by someone else.  And there's something almost thrilling about drawings that are less about "correctness" and more about "awesomeness!" 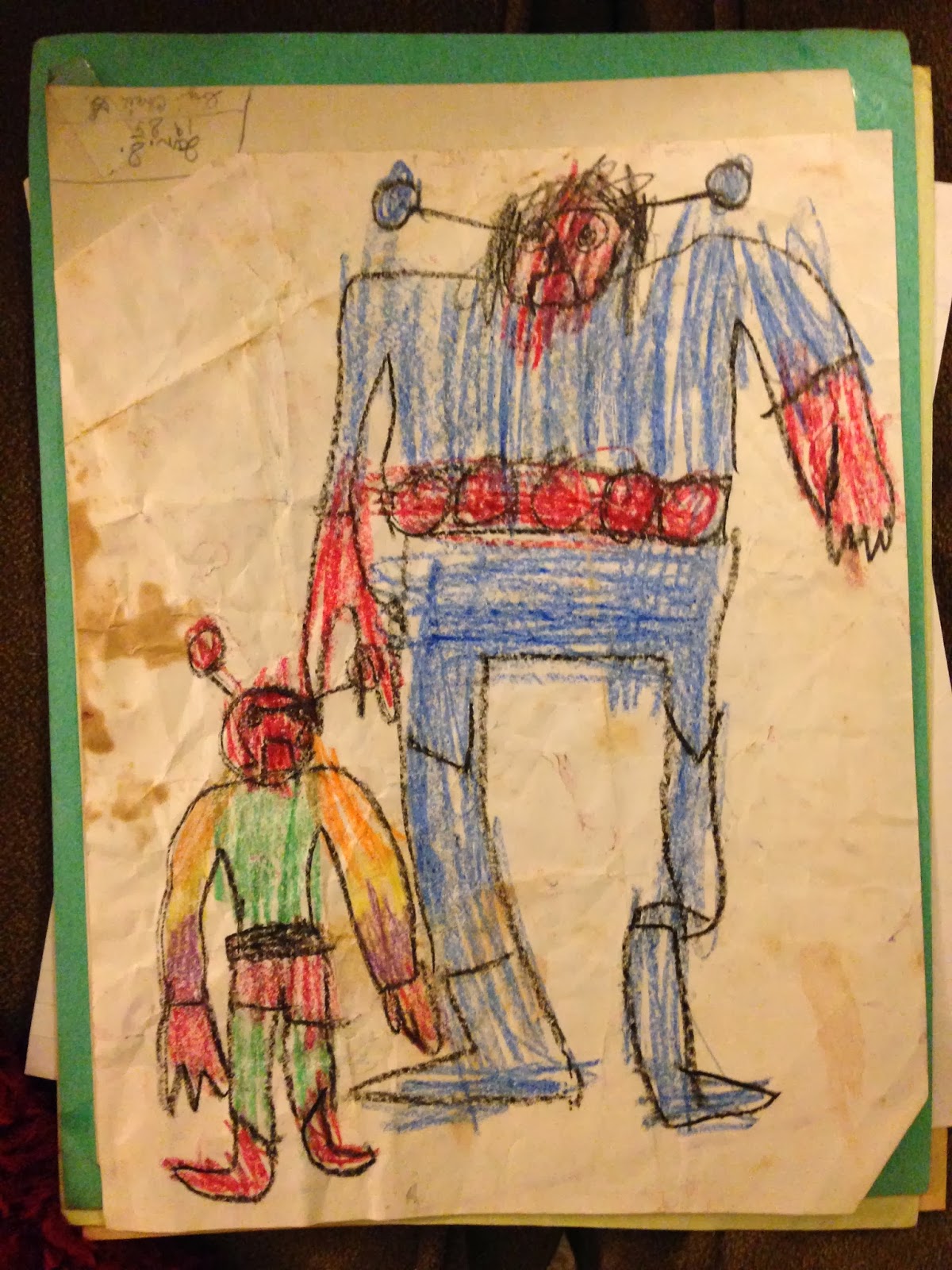 This image is very much inspired by the show The Space Giants (I had to look this up...I'd forgotten the title) I used to watch back on Superstation WTBS.  I remember the show being pretty thrilling.  It featured a giant metal robot Dad with Heavy Metal hair, a normal sized robotic Mom who was conspicuously nonmetallic, along with her normal-sized and also nonmetallic robotic son, Gam.  Oh and the Dad turned into a rocket sometimes.  Also, they all had antennae, like these guys.  Anyway, I was pretty young (this might be from kindergarten or first grade).

This felt like a good place to start, because A) this drawing is awesome, and B) because Egg owes a lot of its essence to that wide-eyed child's brain absorbing Space Giants, Ultraman, and other old Japanese monster shows.

I'll try to put up a new kid drawing every week, until there are more Egg updates.
Posted by chris at 9:32 PM